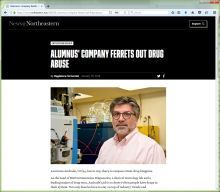 As the head of R&D at Dominion Diagnostics, a clinical toxicology lab and a leading maker of drug tests, Andrade’s job is to detect when people have drugs in their system. Not only does he have to stay on top of industry trends and technology, but he also has to keep an eye on the latest drugs to hit the streets. No small task, given the U.S. opioid epidemic, which has led to an explosion of drug abuse and lent new urgency to accurate drug testing.

“It’s tough because the makers specialize in creating small changes in the drug to circumvent the law,” Andrade says. “We’re constantly updating our street drug testing.” 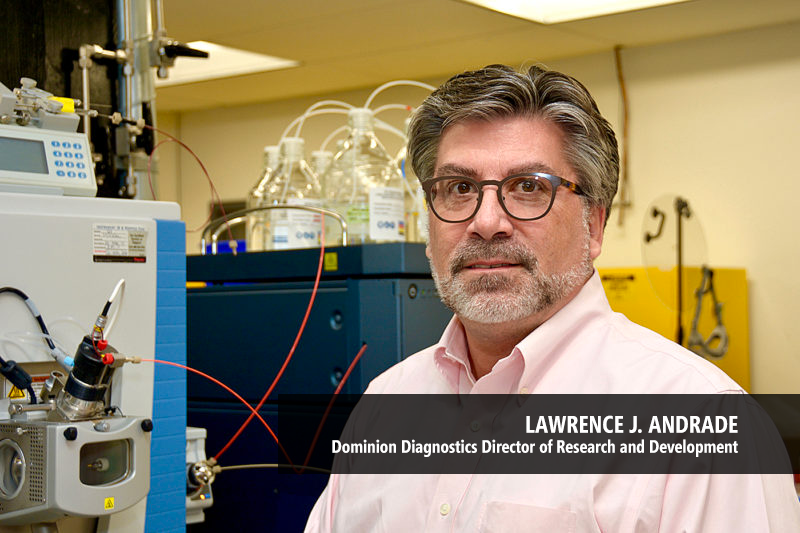 The challenges in this industry are sobering. For example, last summer, a potent new opioid called “gray death” (the name comes from its resemblance to concrete mixing powder) caused a handful of overdoses in the South—but its recipe changed from sample to sample, confounding authorities. Various different opioids were found in gray death, yet these drugs appeared in such low concentrations that some of them might not be detected in tests.

But Dominion’s tests don’t just focus on illicit drugs. Andrade and his team also create compliance tests to ensure people who are on therapeutic meds, such as prescribed painkillers, are actually taking these opioids and not selling them on the street. Or in the case of a recovering addict, it may be important to establish that the person tests positive for methadone.

One of the primary challenges for the company is to constantly improve these tests to reduce the number of false positives.

Andrade’s career is a case study in determination. He worked his way through Community College of Rhode Island, used his associate’s degree to land a job as a synthetic chemist at DuPont, and climbed the ladder with a series of rapid promotions. But to continue that upward trajectory, he needed a bachelor’s degree. He chose Northeastern because it offered a flexible program that allowed him to continue working full time.

“I had to be self-disciplined,” he says. “I took classes at least two nights a week. On nights that I didn’t have class, I still came to school and used the time for study and assignments.”

After graduating with a degree in chemical and biological technology, he landed a series of jobs with pharmaceutical companies before taking his current position at Dominion in 2011. His responsibilities include supervising his team, overseeing production of tests, and conducting research on industry trends. Though he’s a scientist, he favors the collaborative nature of his work—and true to his Northeastern roots, he relishes mentoring students.

“It’s one of the things I enjoy the most—working with our interns,” he says. “Our industry needs to encourage young people into STEM careers.”