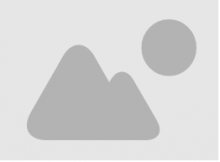 Introduction: Cranial electrotherapy stimulation (CES) is a noninvasive therapy that has been used for decades in the United States to treat anxiety, depression, and insomnia in the general  population. The effectiveness of CES has been questioned by many and its use is considered controversial. In this study we are presenting data on one alcoholic patient using a newly engineered device we call Neuro-Electro-Adaptive Therapy 12™ [NEAT12]. This hybrid device utilizes TENS current characteristics yielding CES effects. This device has been found to primarily target the excitation of the Cingulate Gyrus region of the brain.

Case presentation: This is a 42 year old male who has been abstinent from alcohol for approximately two months. The data presented herein represents the pre to post qEEG differences of an alcoholic in protracted abstinence. This subject was evaluated both before and after using the NEAT-12 device. The pre to post comparisons suggest that the cortical potentials especially at the Cingulate Gyrus are up regulated after using the device. The absolute power changes obtained shows a decrease of more than 2 SD as noted in the delta wave spectrum. Also noted is an overall cortical increase in the alpha spectrum. The resting alert state of a neurotypical population is most prominently marked by a regulation of 7.5-11 Hz alpha throughout the cortex. The decreased in delta and theta suggests an up regulation of the prefrontal cortex and the anterior Cingulate Gyrus a site involved in substance use disorder (SUD).

Conclusion: A presence of dominant slow waves through the prefrontal cortex and the anterior Cingulate Gyrus is often associated with OCD, anxiety, impulsivity and cravings in addicted populations. It is conceivable that our initial finding of altered electrical activity of the brain using qEEG analysis suggests the NEAT-12 may induce a “normalization “of aberrant electrical activity of the cortical region of the brain known to occur during protracted abstinence of alcoholics. It may have utility as a putative anti-craving CES device and therefore warrants intensive
investigation.